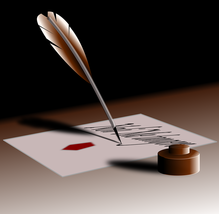 In Buckets of Wonderment, Naina, born low caste, has worked alongside her widowed mother in Memsaab’s stately home since the age of six.  From an early age, she learns when to look away, to prevent her eyes in imparting a sense of longing for that which life would not afford her.  However, living amongst those bestowed with plenty, Naina dares to dream of a future different from what she has known.  But will her dreams survive in the face of deceit?  Could she forge her own destiny and find love?
​In High Trade, Camille Pryce is a well-respected executive who often gets it right in the world of advertising but wrong in the world of romance. After her two-year relationship ends by a text message, she decides to take a break from men. On an important business trip, she encounters an adversary whose complicated life draws her into a family battle between a man she respects, and one who has to earn it.
In Walking Through, author, Megan Craig, copes with the complexities of a stagnant marriage and a past that will not allow her to deny her birth mother. While navigating these mid-life crises, she finds inspiration for an intriguing new project from an unexpected source:  Dahlia, a former jazz singer and resident at the retirement and assisted living facility where Megan's father, who recently suffered a stroke, resides. Soon, a startling discovery about Dahlia's past will be revealed, but one that will teach Megan about familial bonds and recognizing life's priorities.
A December to Remember is the story of a divorcee and empty nester, Tricia Spencer, who travels to New York to spend the Christmas holidays with relatives. She meets a widower, Carlos DaSilva, under an unusual circumstance. The two form an instant attraction, but there is a skeleton in Carlos’ closet and Tricia has many fears and trust issues, the result of an unhappy marriage. The two must overcome many challenges including family interference, and Tricia must gather the courage to face her biggest fear and start over again.
Bone Keeper tells the story of Suzette Beaujould, an elderly Inuit woman raised from birth by a French-Canadian couple after her entire community was wiped out by the 1918 flu pandemic.  While in hospital recovering from pneumonia, an infectious diseases researcher from Toronto arrives at her bedside with a most intriguing request.  Inspired by this encounter, she is compelled from her sick bed to set out on a perilous journey far from home to a place she has never found the courage to venture in all her 72 years.